PIVOT TO VIDEO: ON THE ORIGIN OF VIEWS BY MEANS OF VIDEO, OR THE PRESERVATION OF FAVOURED COMPANIES IN THE STRUGGLE FOR ENGAGEMENT - AND WHAT THAT MEANS FOR THE DIAGNOSTICS INDUSTRY 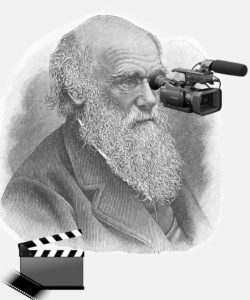 Pivoting to video is a hazard-filled proposition.

In the mid-2010s, some media companies, most notably Facebook, transitioned to a more video-focused approach to their content in a move that ended up jumping the gun on the industry at-large; hence, the phrase “pivot to video” became a punchline, a synonym for an unforced error that usually signaled imminent layoffs.

Now, in the post-pandemic marketplace, that perception has changed, and pivoting to video has become a critical shift for any company attempting to share its message - but still not without its pitfalls.

Vice Media announced in July of 2021 that it would be pivoting to video, reducing its old-fashioned text articles by 40-to-50%, while increasing visual stories, especially video, by the same amount, claiming that engagement with online text articles had dropped by 26% (https://www.nytimes.com/live/2021/07/28/business/economy-stock-market-news/vice-media).

Then, not two months later, came the layoffs (https://www.nytimes.com/2021/08/26/business/media/vice-media-layoffs.html). Vice Chief Digital Officer Cory Haik noted that in some of their News divisions they “see consistent global growth on text articles as a way to reach and grow new audiences”, but for other sectors of their digital brand, they have observed “a remarkable increase in views and engagement through our visual platforms (YouTube, Instagram) but a precipitous decline in text consumption over the last few years, roughly 75 percent” (https://deadline.com/2021/08/vice-media-trims-editorial-workers-video-push-1234822724/). So even within one media company, text versus video engagement was a minefield of data that seemed to lead them in conflicting directions. Similarly, the Nieman Journalism Lab at Harvard, quoting the Wall Street Journal’s ongoing investigation of internal documents from Facebook (https://www.wsj.com/articles/facebook-algorithm-change-zuckerberg-11631654215),  observed that Facebook’s transition to video in 2017 may have actually hastened their declining engagement (https://www.niemanlab.org/2021/09/well-this-puts-a-nail-in-the-news-video-on-facebook-coffin/).

Can these observations all be true at once? Can text-based engagement numbers be down while video engagement numbers be artificially inflated? What lessons can be learned from such mismanaged opportunities? Is transitioning to video only a harbinger of doom, or is there a way to blend text and video to engage with new audiences? It may come down to a more balanced engagement portfolio.

A quote often misattributed to Charles Darwin’s On the Origin of Species (which, according to the “Darwin Correspondence Project” at Cambridge University, is actually attributed to a Louisiana State University business professor, Leon C. Megginson, in his less-seminal article in the journal Petroleum Management, in 1964 https://quoteinvestigator.com/2014/05/04/adapt/) states: “it is not the most intellectual nor the strongest species that survives, but the species that is able best to adapt and adjust to the changing environment in which it finds itself.” Interesting. However, in actuality, Charles Darwin attributed such natural selection to the principle of “Natura non facit saltum”, or “nature makes no leap.” In On the Origin of Species, Darwin states that “natural selection acts solely by accumulating slight, successive, favourable variations,” and that “it can produce no great or sudden modification; it can act only by very short and slow steps.” In nature, things change gradually. (Although, it can be stated that nature does occasionally make large leaps in the form of punctuated equilibrium https://www.pbs.org/wgbh/evolution/library/03/5/l_035_01.html, but that’s a story for another time)

Consumers are more and more getting their information in a visual way – that is without debate - and especially through shorter-length video content (which is often cross-promoted via Instagram and Instagram Stories, TikTok, and even Snapchat). This shift is not limited to youth consumers – in the bioscience space, serious researchers, publishers, and institutions are increasingly focusing on communicating dense information in video form rather than the more traditional written form. The slide deck has given way to the video presentation, and the white paper has become a webcam video. Social media has evolved from a social frivolity to a business necessity. But how does a company with dense but vital research adapt to such a changing marketplace, without throwing the baby out with the bathwater?

It is imperative that all businesses, big and small, change-averse and quick-adapting, digital and analog, make the paradigmatic shift to video, but in conjunction with the text articles with which they are so familiar. As Darwin so keenly predicted (in a fashion), the great and sudden modification to video that damaged Facebook and Vice Media (among many others) was too drastic a shift to be sustainable, but a healthy blend of text-based and video can allow for engagement from a variety of channels, rather than to only those who would read the articles anyway.

For the diagnostics industry, the exponential growth in awareness of the industry in the wake of the Covid-19 pandemic has created a gold rush of opportunity, and the key to capitalizing on those opportunities lies in engagement – engagement with investors, with customers, with NGOs, etc. Given the deluge of tests to reach the market, it can’t be guaranteed that those gatekeepers will read every piece of literature a diagnostics company releases, no matter how crucial it is to their technology. Whereas with a 3-minute video about their test and the research behind it, an investor can watch that at 1am in their pajamas and engage with it in a way they cannot with a ten-page text document. But this is not to say that the text document is not still critical to the company’s overall goals and credibility – it just cannot be their only means of engagement anymore. The goal of the video is not to entirely supplant the literature, but to whet the appetite of investors so that they then will read and engage with the literature; the video enhances, not distracts from, the message.

In order to cast the widest net, diagnostics companies must now avail themselves to video as a way to communicate their research and their mission, while still maintaining the traditional text-based information that forms the foundation of their worth and their attractiveness as an investment. Greater good can be done if that good can be communicated accurately but succinctly, and video is the vessel within which that can be accomplished. Darwin wrote that “the slightest advantage in one being, at any age or during any season, over those with which it comes into competition, or better adaptation in however slight a degree to the surrounding physical conditions, will turn the balance.”

At Halteres Associates, we are turning the balance – with video.